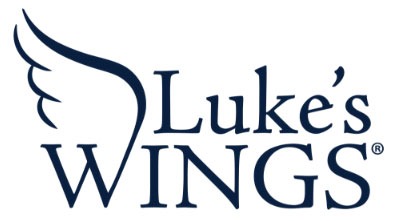 OXON HILL, Md. — VCG International (VCGI) was the proud Salute Sponsor at the Luke’s Wings Heroes Gala. The event was held on April 27 at the MGM National Harbor in Oxon Hill. The annual black-tie event commemorates military heroes, veterans, and their families. Funds raised support Luke’s Wings mission to provide 1,000 flights to wounded, ill and injured service members and their loved ones. Over $443,000 was raised for programs that provide critical flights for wounded, ill and injured service members, veterans in hospice care, and first responders.

“We honor America’s heroes every month, and especially during Military Appreciation Month. Luke’s Wings is a fantastic organization and we are honored to support their programs and growth to help more and more wounded warriors,” says Stephen Shanton, CEO and president of VCG International (VCGI), Venture Construction Group of Florida (VCGFL), Venture Construction Group (VCG).

Luke’s Wings is a non-profit dedicated to supporting wounded, ill and injured service members and helps provide families with the means to visit during their recovery process which includes complimentary airfare to the wounded warriors and their loved ones.

On May 10, following the successful fundraiser, Luke’s Wings provided it’s 5,000th flight to a U.S. Army Captain to be seen at the Walter Reed National Military Medical Center to be fitted for a new prosthetic. On his last tour in Afghanistan, Captain Michael T. was shot five times, resulting in the partial amputation of his right hand and the amputation of his right leg.

“We are so thankful for our sponsors! This has been a record breaking year. Thank you VCG International!” says Luke’s Wings executive director, Lindsay Gill.

Luke’s Wings hosts major fundraisers throughout the year to raise money and awareness for America’s wounded warriors. The next event is the Pro-Am Heroes Golf Classic, which will take place on July 22 in Vienna, Va. Learn more and register at https://www.lukeswings.org/heroesclassic/.

VCG International (VCGI) is a global leader in commercial and industrial construction, restoration, storm damage repairs, and 24/7 emergency services throughout the Bahamas and the Caribbean, North America, Europe, Australia, Asia, and Africa. With over 30 years of experience and the world’s leading industry accreditations, VCGI leads the way in best practices throughout the globe. Learn more at www.VCGInternational.com.

Luke’s Wings, a non-profit dedicated to American heroes who have been wounded in battle, provides transportation services to wounded warriors and their loved ones so they can be together during the service member’s hospitalization and rehabilitation. These visits not only bring comfort, but play a crucial role in healing, both physically and emotionally. Additionally, Luke’s Wings is the go-to for providing flights for the loved ones of special operators under the Special Operations Command Care Coalition who are injured on special missions, and provides flights for family members of Veterans in hospice care in an effort to ensure that no veteran is ever alone during their final days. Learn more about Luke’s Wings at www.LukesWings.org.